The Point of Preaching is Effecting Change 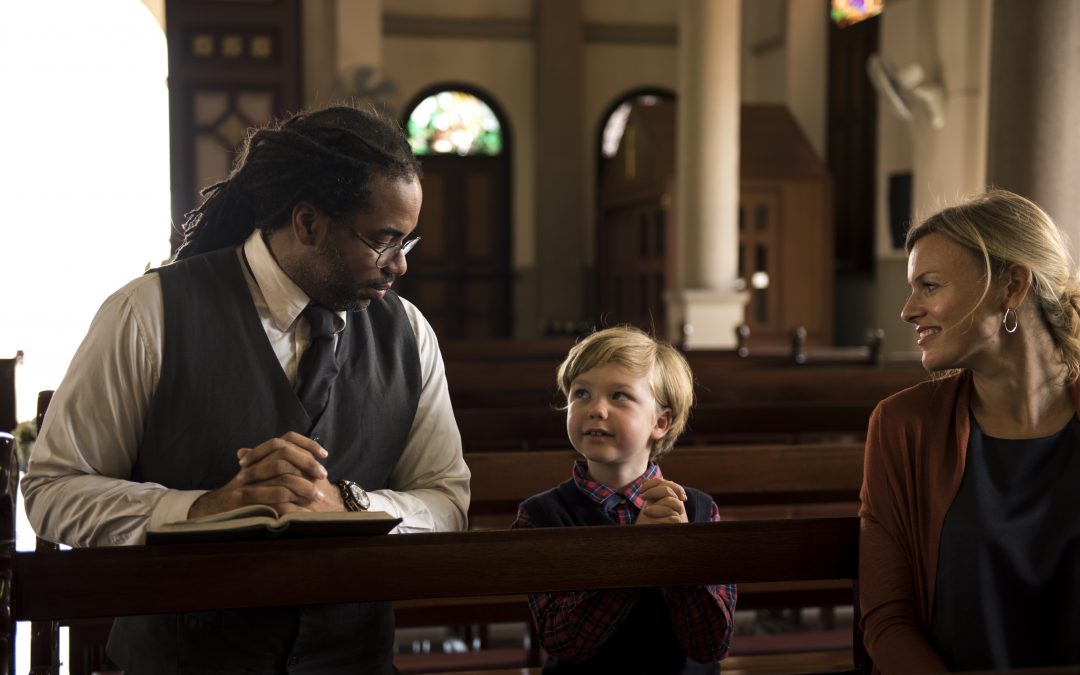 I’m going to change the world!

There are two sides to this popular sentiment. On the one hand, it’s hyperbolic and perhaps even arrogant and egocentric to believe that I, personally, am going to be so influential that I will literally change the very course of human history on planet earth in some way.

Plenty of people have, rightly, pointed out the problematic nature of believing that we, as individuals, are so indispensable that the world will remain in some helpless condition until we get involved in making things better.

But bear with me.

I actually do believe that changing the world is not only possible but that it should be the goal of every person who enters it. We just need to clarify what it really means to do so.

Preaching is, in my opinion, a prime example of one way to effectively contribute to bettering the world in which we presently live.

Preachers are artists. Our canvas is the listening congregation. Instead of oils or pastels, we work in words.

Every week you'll receive an email with inspirational thoughts and sermon ideas based on texts from the Revised Common Lectionary, plus extra outlines, graphics, helpful articles, book recommendations, and more.

Check Out The Reflectionary Archives

I’ve been listening to the preaching of the gospel since I was born, practically speaking. During my teen years, I experienced a pause as my family stopped attending church regularly, but when I started back at age seventeen, everything I was hearing was familiar to me.

Deep within my psyche, it had been ingrained in me that I was a sinner in need of saving, that Jesus Christ was God’s Son who died on the cross for the forgiveness of my sins and that he had risen again to offer me eternal life and victory over death.

I had well-formed ideas about right and wrong (that didn’t keep me from doing wrong things, but I usually knew what I was doing wasn’t right).

I had values and viewpoints about social issues, family, marriage, relationships, sexuality, etc. and those viewpoints had all been informed, at least in part, by the messages I’d received growing up listening to two or three sermons every week.

If you’re a preaching pastor, it’s likely you’ve wondered about the impact of your preaching. You might see people living in ways that seem to directly contradict what you’ve proclaimed on Sunday as the holy, healthy, wise way to live.

You probably wonder, sometimes, if anyone remembers anything you’ve ever said on a Sunday.

My advice is to focus on the long game. Realize that preaching isn’t just about what people do at the end of a message. It’s more about how people’s minds are changed, over time and repeated exposure to the gospel, about the God who created them, the world in which they live, and the relationships in which they are involved.

It’s the steady diet of preaching that makes the real difference in people.

And yes, there are those moments when, in response to a single message, a person’s life is absolutely changed forever. Perhaps it’s when the Holy Spirit cracks through the hard outer shell of the human heart to make the nature of the gospel of Jesus Christ suddenly clear to someone who was a lost, wandering soul before. Repentance happens. Old things pass away. All things become new.

Therefore, if God has called, gifted, and assigned you to the role of preaching regularly to a congregation of people, know that you are making a difference, even if you can’t always see it clearly from one week to the next.

I hear the argument quite often that the early church wasn’t necessarily arranged around a single weekly lecture-style sermon. And I agree.

From the ministry of Jesus to the earliest churches, history tells the story of church gatherings that were fairly dialogical in nature. Different people usually spoke, asked questions, offered feedback, read letters out loud (epistles), offered prayer, demonstrated the gifts of the spirit, etc.

I won’t even begin to make the argument that preaching is purely one person lecturing a room full of silent recipients. I do believe preaching can and should be more than just that.

Having said that, throughout the last few hundred years, at least, pastors preaching to gathered churches has been responsible for moving the mission of the global church forward. Preaching is, by nature, influential.

It’s actually preaching’s persuasiveness that makes the task so scary. We who preach should tremble at the potential for people to actually do what we’ve presented as God’s will.

Why is it that a community like mine (Benton County, Arkansas) can have nearly 250 churches of such unique varieties? How is it that local churches come to emphasize certain doctrines over others or be involved in certain causes or take on a certain style of ministry?

There are certainly a lot of factors, but I believe the biggest is preaching.

Preaching Changes the Culture of a Community

If sermons provoke change in individuals as well as gathered congregations made up of individuals, then it stands to reason that as people filter out of each service and go implement what they’ve been instructed or inspired to do, then whole communities will certainly be changed.

We live in a world that is now highly mobile and highly connected, so communities influence one another in ever-increasing and overlapping ways.

We’ve come to know, all too well, the collective effects preaching can have on a nation, a subculture, or a geographical region. From the positive advances of the abolitionist and Civil Rights movements to the harmful fruit of Christian nationalism, large numbers of people tend to be influenced by one another and one of the strongest initiators of that groupthink has been preaching.

I grew up in a tradition that tended to make a distinct separation between earth and heaven, between the here and now and the hereafter. We so divided sacred from secular that we ultimately came to believe that abandoning the lost cause of a sinful earth and simply preparing people to transition to heaven someday was the biblical course of action.

But Jesus taught us to pray for God’s kingdom will to be done on earth as it is in heaven. The kingdom of God, itself, is a subversively influential movement of people adopting the radical ways of cross-bearing and sacrificial love.

In other words, while pastors are wise to avoid endorsing political candidates and parties, it is still right to connect the dots between the teachings of the Bible and the opportunities believers have to influence our surrounding culture from a posture of love.

Earth is messy. Life is hard. But I haven’t given up, even when I’ve been tempted to do so. I still hope. I still believe that we can create a better world, more conducive the human flourishing, and that the words we preach will be a primary instigator of that culture creation.

So… if you preach, keep preaching. Humbly allow the Holy Spirit to put every sermon to the test of faithfulness to the teachings of Jesus and the message of the gospel. And then, preach your heart out!

Go into the pulpit believign that you absolutely will influence people to change. Because it’s true.