Don’t Stop Believing – Our Best Days Are Yet to Come 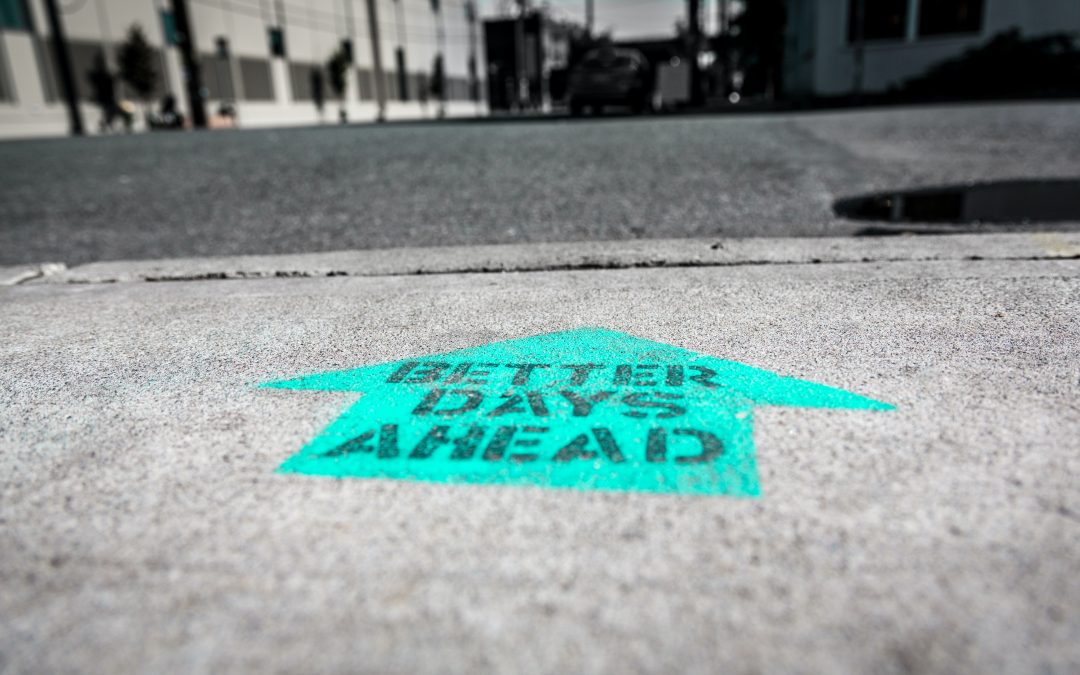 [1] The word that came to Jeremiah from the LORD in the tenth year of King Zedekiah of Judah, which was the eighteenth year of Nebuchadrezzar. [2] At that time the army of the king of Babylon was besieging Jerusalem, and the prophet Jeremiah was confined in the court of the guard that was in the palace of the king of Judah, [3] where King Zedekiah of Judah had confined him. Zedekiah had said, “Why do you prophesy and say: Thus says the LORD: I am going to give this city into the hand of the king of Babylon, and he shall take it; [4] King Zedekiah of Judah shall not escape out of the hands of the Chaldeans, but shall surely be given into the hands of the king of Babylon, and shall speak with him face to face and see him eye to eye; [5] and he shall take Zedekiah to Babylon, and there he shall remain until I attend to him, says the LORD; though you fight against the Chaldeans, you shall not succeed?”

[6] Jeremiah said, The word of the LORD came to me: [7] Hanamel son of your uncle Shallum is going to come to you and say, “Buy my field that is at Anathoth, for the right of redemption by purchase is yours.” [8] Then my cousin Hanamel came to me in the court of the guard, in accordance with the word of the LORD, and said to me, “Buy my field that is at Anathoth in the land of Benjamin, for the right of possession and redemption is yours; buy it for yourself.” Then I knew that this was the word of the LORD.

[9] And I bought the field at Anathoth from my cousin Hanamel, and weighed out the money to him, seventeen shekels of silver. [10] I signed the deed, sealed it, got witnesses, and weighed the money on scales. [11] Then I took the sealed deed of purchase, containing the terms and conditions, and the open copy; [12] and I gave the deed of purchase to Baruch son of Neriah son of Mahseiah, in the presence of my cousin Hanamel, in the presence of the witnesses who signed the deed of purchase, and in the presence of all the Judeans who were sitting in the court of the guard. [13] In their presence I charged Baruch, saying, [14] Thus says the LORD of hosts, the God of Israel: Take these deeds, both this sealed deed of purchase and this open deed, and put them in an earthenware jar, in order that they may last for a long time. [15] For thus says the LORD of hosts, the God of Israel: Houses and fields and vineyards shall again be bought in this land.

No matter how bleak your current outlook may seem, the best days for God’s people still lie ahead. Keep hoping. Keep believing. Keep living to become like Jesus.

That’s the word I would use to describe the situation in which the prophet Jeremiah and Zedekiah, King of Judah, found themselves. Babylon’s army was besieging the city. We know from the ancient art of war that the invading army would be cutting the city off from supplies, defenses, and escape.

People would begin to starve with no way out and the defending garrisons would soon lose strength and the city would fall.

Part One: You’re going to lose because that’s the Word of the Lord.

Jeremiah then proceeds to share a story from his life, in rich and slow detail, about the time he bought a field because he was commanded to do so by the Word of the Lord.

I imagine, during his speech, Zedekiah must have thought, This isn’t helping, Jeremiah. Nonetheless, the Prophet explains that a prophet speaks because a prophet has a word from God and therefore must share it.

Have you ever walked through a season where everything seemed hopeless? Maybe you’re even in a season like that right now. You believe your best days are behind you, things will never be as good as they once were, and there is no longer a purpose to keep trudging.

But Jeremiah’s seemingly long and pointless story actually had a deeper meeting that he begins to unfold.

He bought the field because God told him to do so, and then he had the deed recorded and the record sealed up tightly in a container that wouldn’t rust or decay. It was a long-term investment in land that was being ravaged. Why would Jeremiah make such a foolish investment? Because:

Thus says the LORD of hosts, the God of Israel: Houses and fields and vineyards shall again be bought in this land. (v. 15)

Part Two: Hang on to hope that, no matter how bleak the present may seem, our best days lie ahead.

The arc of the redemptive story of scripture bends toward healing, justice, and peace.

Jesus is the hope of the world, and his body, the church, must be the most optimistic people on the planet!

Yes, the human race is lost to sin and selfishness. But God is at work, particularly in Christ, redeeming all that has been lost.

Yes, the world is suffering in a state of slow death and decay. But God is renewing all things and inviting us into partnership with him to forge a better future.

Yes, today there are wars and rumors of wars, but there is a King — his name is Jesus — and the end of our days always looks brighter than the present day.

Therefore, invest your life — your time, your money, your energy, your relationships — into that which lasts beyond the present and temporal.

Stop telling yourself your best days are in the past and begin to believe that, one way or another, the eternal outlook from the perspective of God’s people always leads toward a brighter future. Today is the struggle, but for tomorrow there is always hope.

About the Cover Art: Photo by Ian Taylor on Unsplash.