How Jesus Disrupts Everything 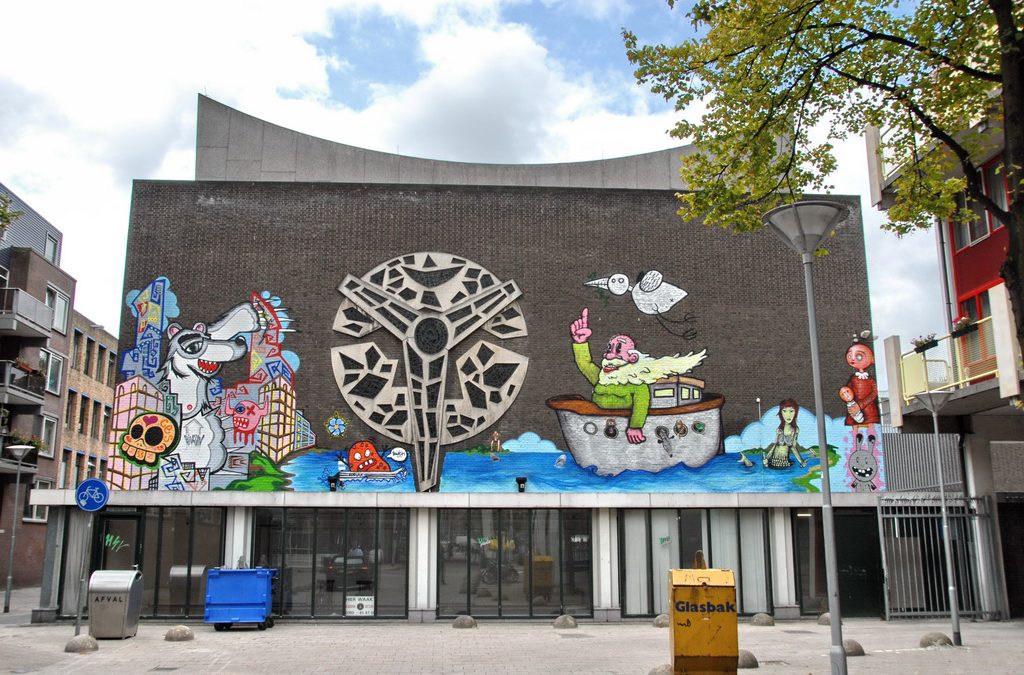 [49] “I came to bring fire to the earth, and how I wish it were already kindled! [50] I have a baptism with which to be baptized, and what stress I am under until it is completed! [51] Do you think that I have come to bring peace to the earth? No, I tell you, but rather division! [52] From now on five in one household will be divided, three against two and two against three; [53] they will be divided: father against son and son against father, mother against daughter and daughter against mother, mother-in-law against her daughter-in-law and daughter-in-law against mother-in-law.”

[54] He also said to the crowds, “When you see a cloud rising in the west, you immediately say, ‘It is going to rain’; and so it happens. [55] And when you see the south wind blowing, you say, ‘There will be scorching heat’; and it happens. [56] You hypocrites! You know how to interpret the appearance of earth and sky, but why do you not know how to interpret the present time?

Jesus’ death on the cross has become, just as Jesus predicted, the single most divisive and disruptive event in all of human history. In fact, it could be that what you need most desperately in life is the disruption that Jesus alone can bring.

Disruption is something we’ve seen in our culture whether we’ve taken notice of it or not. Anytime the common “way of life” of any people is replaced over a relatively short period of time, disruption has occurred.

There are far too many examples to mention. Disruption is a part of life. And usually, disruption is painful, uncomfortable, and even controversial.

Entire movements are launched for the purpose of preventing some disruptions from succeeding. Disruption is divisive.

Jesus disrupted his own culture in a radical and revolutionary way with his teachings, his example, and his death and resurrection.

And today, Jesus comes into the lives of people doomed by brokenness and hopelessness and offers radical disruption – forgiveness, healing, reform, restoration, and the renewal of all things.

This is one of those texts that, for people inexperienced with the teachings of Jesus, can be so off-putting and confusing. Why would Jesus want households to be divided? Why would this Prince of Peace want to bring any division at all? Isn’t unity the ultimate goal of the Kingdom of God?

Yes, but first… all that is twisted, bent, and broken must be corrected. The problem is many, many people don’t want the kind of complete change that Jesus brings about.

We’re consumed with being consumers – with collecting and acquiring and enjoying things. But Jesus calls us to contribute to others and to loosen our grip on our possessions.

We’re obsessed with power. We’ll climb over the backs of others to protect our turf, as individuals and as nations of people. But Jesus calls us to lay down our swords and work for a fair and just society.

We want to get even, to have revenge, and to get our way. But Jesus challenges us to go the second mile, take the high road, and love all of our neighbors.

Jesus’ teachings challenge every system ever birthed from the collective mind of sinful and selfish humanity.

Jesus’ willingness to take on the sinfulness and violence of humanity and to suffer at the hands of a corrupt, earthly government to demonstrate the love and forgiveness of God toward all people.

Jesus’ resurrection from the grave disrupted the power of sin, death, and the grave.

And Jesus wants to disrupt your life as well.

Does your life line up with the message of Jesus? Have his death and resurrection changed you from the inside out? If not, it’s time to allow Jesus space to confront and disrupt anything about your life that doesn’t align with his kingdom rule and values.

About the Cover Art: The Church of Paul in the center of Rotterdam is known throughout the Netherlands as a former reception center of drug addicts under the leadership of Reverend Hans Visser. Sculptured glass/concrete window Crucifix (1960) by Ger van Iersel in Rotterdam/The Netherlands; mural made by Lastplak. Crucifix and mural, from Art in the Christian Tradition, a project of the Vanderbilt Divinity Library, Nashville, TN.