You and I Are Really the Prize 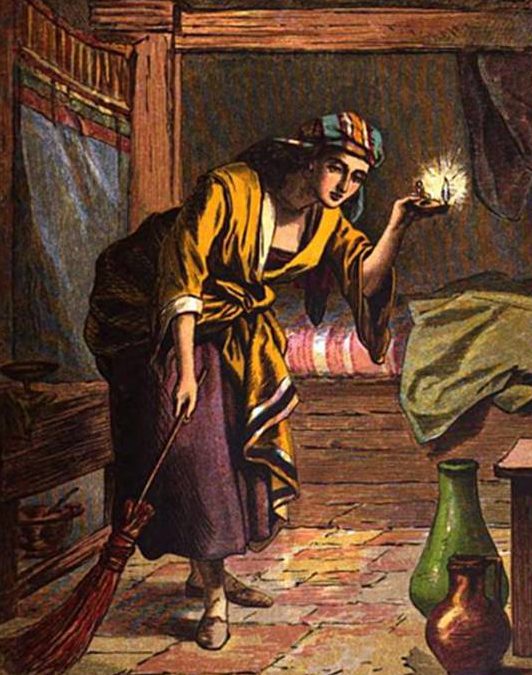 [1] Now all the tax collectors and sinners were coming near to listen to him. [2] And the Pharisees and the scribes were grumbling and saying, “This fellow welcomes sinners and eats with them.”

[3] So he told them this parable: [4] “Which one of you, having a hundred sheep and losing one of them, does not leave the ninety-nine in the wilderness and go after the one that is lost until he finds it? [5] When he has found it, he lays it on his shoulders and rejoices. [6] And when he comes home, he calls together his friends and neighbors, saying to them, ‘Rejoice with me, for I have found my sheep that was lost.’ [7] Just so, I tell you, there will be more joy in heaven over one sinner who repents than over ninety-nine righteous persons who need no repentance.

[8] “Or what woman having ten silver coins, if she loses one of them, does not light a lamp, sweep the house, and search carefully until she finds it? [9] When she has found it, she calls together her friends and neighbors, saying, ‘Rejoice with me, for I have found the coin that I had lost.’ [10] Just so, I tell you, there is joy in the presence of the angels of God over one sinner who repents.”

Jesus made it clear that his greatest prize is you, and it’s me, and it’s any other lost sinner who is willing to be found again by God in Christ.

DISCLAIMER: I recognize that many teachers approach this passage as though you and I are the character doing the searching and that God (Jesus, more specifically) or God’s Kingdom is the prize we can find if we search, but I believe Luke points out Jesus’ audience to give us a hint at what he is really saying to people who feel lost and rejected.

Luke tells us repeatedly about two different audiences to whom Jesus kept speaking: the supposedly righteous, and those who were obviously sinners. And Luke also makes it clear that the audience for whom Jesus’ heart really beat were those who were spiritually lost and wandering whose lives had been dominated by sin and vice.

Obviously, we’ve all sinned. We’re all guilty and we all need a Savior to come for us. But not all of us realize that need. Jesus is essentially saying, “What a prize I find when I save another repentant sinner.”

In the spiritual realm, beyond the limitations of our visible, physical universe, what is valued most is the changed life of one who gets honest, who confesses and repents, and who gratefully receives the grace and mercy of God.

But here’s something we often miss in the reading. The coin was always a prize.

Don’t ever make the mistake of assuming that people are trash. That some people have less value than others. Our value isn’t diminished by our lost condition, which is what motivates the unrelenting search on God’s part.

It isn’t that God is ignorant of our whereabouts or of any of the ways in which our hearts have broken away from him. He is portrayed as seeking and searching because of his willingness to take all of the initiative in saving sinners.

If you’ve been avoiding God’s reach because you feel that you are disposable and without value, you must know that you are a prize. And when you open your life to him in honest confession and repentance, he makes you an example to others of what his grace and mercy and power can accomplish.

About the Cover Art: Lost Coin, from Art in the Christian Tradition, a project of the Vanderbilt Divinity Library, Nashville, TN.