What Jesus Had to say About Wealth, Wisdom, and Generosity 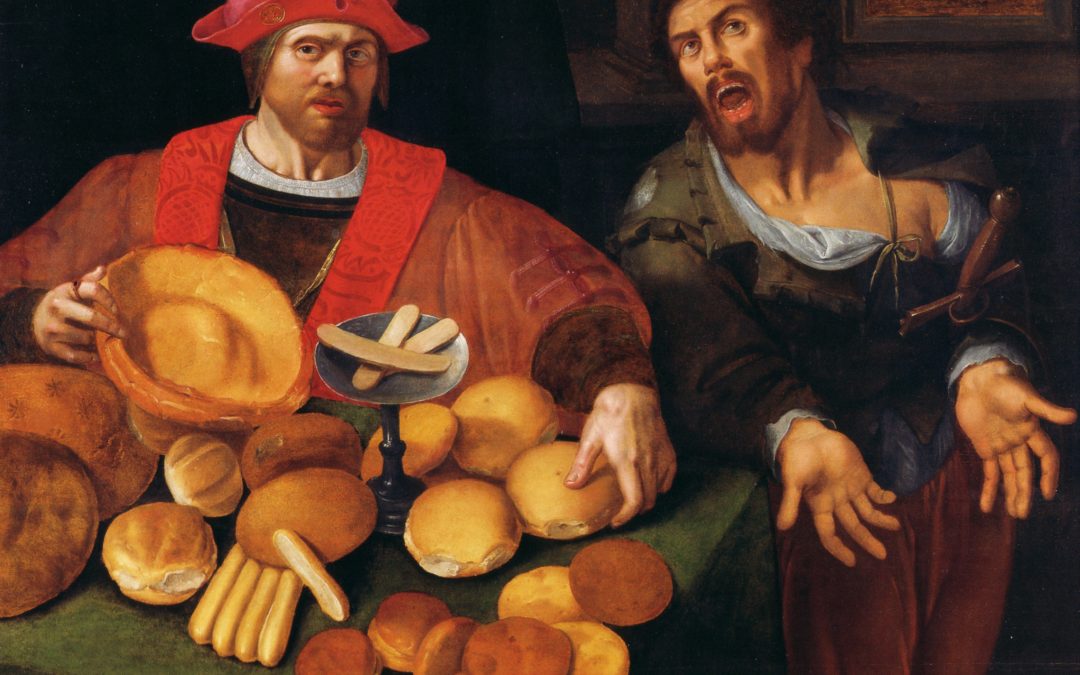 [1] Then Jesus said to the disciples, “There was a rich man who had a manager, and charges were brought to him that this man was squandering his property. [2] So he summoned him and said to him, ‘What is this that I hear about you? Give me an accounting of your management, because you cannot be my manager any longer.’ [3] Then the manager said to himself, ‘What will I do, now that my master is taking the position away from me? I am not strong enough to dig, and I am ashamed to beg. [4] I have decided what to do so that, when I am dismissed as manager, people may welcome me into their homes.’ [5] So, summoning his master’s debtors one by one, he asked the first, ‘How much do you owe my master?’ [6] He answered, ‘A hundred jugs of olive oil.’ He said to him, ‘Take your bill, sit down quickly, and make it fifty.’ [7] Then he asked another, ‘And how much do you owe?’ He replied, ‘A hundred containers of wheat.’ He said to him, ‘Take your bill and make it eighty.’ [8] And his master commended the dishonest manager because he had acted shrewdly; for the children of this age are more shrewd in dealing with their own generation than are the children of light. [9] And I tell you, make friends for yourselves by means of dishonest wealth so that when it is gone, they may welcome you into the eternal homes.

[10] “Whoever is faithful in a very little is faithful also in much; and whoever is dishonest in a very little is dishonest also in much. [11] If then you have not been faithful with the dishonest wealth, who will entrust to you the true riches? [12] And if you have not been faithful with what belongs to another, who will give you what is your own? [13] No slave can serve two masters; for a slave will either hate the one and love the other, or be devoted to the one and despise the other. You cannot serve God and wealth.”

We who follow Jesus have the opportunity to totally reconsider our priorities so that we can detach from any system that unfairly favors some over others, while at the same time being wise in how we handle wealth so that we can grow in generosity.

The parable of the wise manager is, perhaps, one of the hardest of all of Jesus parables to interpret. This is due, in part, to a lack of information on our part. Did Jesus say the manager was dishonest in his calculations? Or that he was willing to cut out his own commission on collecting the debts?

While we can’t know for sure, I tend to lean into Darrell Bock’s conclusion (in his volume of the NIV Application Commentary on Luke) that the manager was willing to take a total loss on his portion of the collection, eliminating his own commission, so that he could foster good will with both the rich man and the debtors. It seems unlikely to me, in light of the rest of Jesus’ teachings, that he would be praising a man for being wise while being dishonest and victimizing people.

In light of that, it becomes clear that the debt itself seemed reasonable enough to expect repayment until the steward added an exorbitant commission. The stories contained in these chapters have Jesus commending two particular characteristics when it comes to wealth.

First, Jesus commends wisdom when it comes to wealth. And second, he commends generosity. The manager in this story might have had purely selfish motives (saving his own neck), but his wisdom forced him to be generous also and to release his debtors from his formerly predatory lending practices.

While I don’t think Jesus’ primary point here is an economic one, it is safe to say that predatory lending is something the scripture condemns by principle, especially in light of how much of scripture is dedicated to the defense of those who are taken advantage of by others.

All of this points to the existence of two entirely opposing sets of economic value systems. While I don’t believe the Bible’s purpose is ever to directly support or condemn a particular and more modern economic system (socialism, capitalism, etc.), there definitely are some guiding principles.

God’s economy is one grounded in grace, where people are forgiven and released. Most human economies, on the other hand, serve the desires of the wealthy and powerful at the expense of the poor and working class. This leads Jesus to a major point.

You can’t love both God and money (as a principle).

That doesn’t mean you can’t be wealthy and be a follower of Jesus. It means, rather, that it is impossible to have the heart of Jesus for the poor and at the very same time be affectionately attached to any system that favors some over others.

At the end of the day, Jesus’ point in telling the story was to make a big point – that those who have the potential to be generous instead of selfish should be even wiser in their handling of wealth so as to maximize the good they can do with wealth.

Consider whether you are benefitting from an economic system that favors the wealthy while perpetuating poverty in the lives of others. If so, find ways to loosen your attachment to that system and to be intentionally generous. Be open to ways to fix broken systems so that equality might be more within reach.

About the Cover Art: Anonymous. Rich and Poor, or, War and Peace, from Art in the Christian Tradition, a project of the Vanderbilt Divinity Library, Nashville, TN.